In order to progress, you need to connect with other robots.

The connection is established when they are in your field of vision.

Your robot doesn't have a diagonal view.

This is a Gameboy game playable in the browser.

With all the limitations that go along with it: resolution, limited sprites...

Press Start (on gameboy) or Enter (Return)(on PC) to restart a level.

You can play the game on this page or in your gameboy (you can download the rom).

Thank you Gumpyfunction. You helped a lot. You already know you are a pillar of the gameboy scene.

A great thank you. Peace.

I have just tested the game. People have already heavily commented it, so, just a few remarks!

You could surely extend the game with other mechanics, such as different types of other robots (just as the different types of chests in Rewind Time), but there is already potential for complex puzzles/levels, as can be seen here.

I just read the comment you left with the rating. Thank you. It give me a lot of motivation. The music part doesn't come from me but from a talented composer from philly. The bugs from the level 11 & 12 come from the engine (you can skip the levels) . People doesn't notice, but the game is a real gameboy game (with a lot of limitations) ported to be played in the browser. One thing i should have said is : to really play the game like it should be played, do not use the walls to help you move the robots. I only posted half of the game, i didn't have the time to finish the second part who was the most interesting because it had a teleportation system. Thank you for you kind words. I wish you success too.

Great game, I found a bug where if you move too fast after connecting to a bot you move without it.

A great thank you. Sorry for the bug. I can't fix it beause it comes from the engine used. Peace to you.

Great game. I played a few levels on the browser. And i downloaded it to finish it.

A great thank you sir.

Great game. I finished all the levels. (I assume you didn't add a you win screen.) The music is very catchy.

A great thank you for your comment. And kuddos again for your game. You nailed it.

one level doesnt work tho, the one with five skulls and only one flying bot (one skull acts as a wall, other as nothing and the finish tile doesnt work)

A great thank you. Sorry for the bug. I thought i would have fixed everything. Peace to you.

I didn't have the pleasure to play it during the jam, but it's a solid game. Simple rules and lot of possibilities. Congratulation !

Congrats on the win. Good game.

A great thank you sir.

A great thank you.

I got stumped on level 3 though! Maybe put an easier but still challenging puzzle before that one

Good advice & thank you for the rating. Peace.

This was a relaxing Gameboy game. I would love to see further development on this game.

A wonderfully complex yet simple game that really makes you think! Also love that you can actually play it on a gameboy if you have the means, super cool!
Love the limited palette and overall mechanics of the game, well done, a very strong entry!

Relaxing and beautiful! Not to mention the cleverness behind the puzzles.  Maybe a level selector menu would be a nice touch to your game, so that if you want to replay a certain level, you won't be forced to make it through every single puzzle until you reach it. Anyways, good piece of homebrew!

A great thank you. I wish you success!!!

Thanks! Same to you! 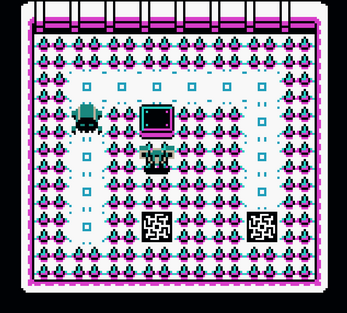 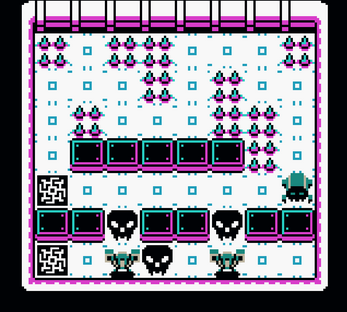 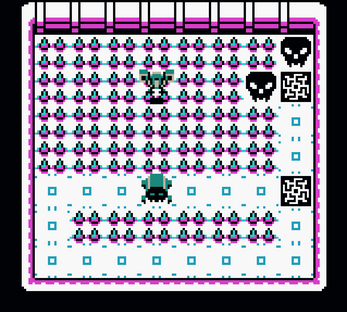